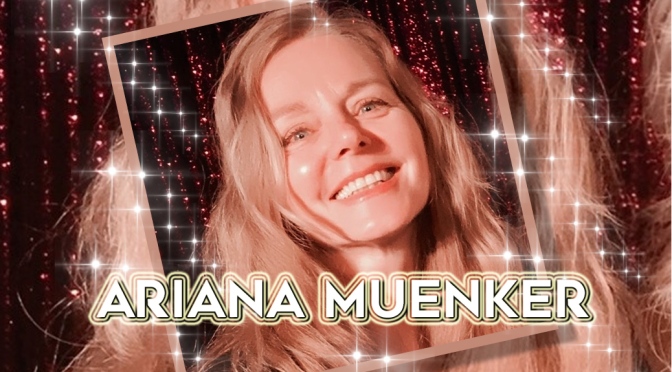 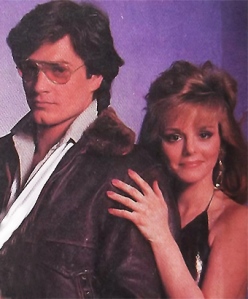 Sentieri OnLine – What does it mean for you to have been part of the longest-running Soap Opera?

Ariane Muenker – It was a fun ride while it lasted. I’m grateful for the opportunity to have appeared twice on this show. I’m a part of Daytime Drama history…not many can say that!

SOL – Do you remember your first day on the set or your screen test?

AM – Hmmm…I remember my first day on the set. I had to wear a corset and black sheer stockings and lounge on a divan listening to my phone machine taking a message. I never spoke a word that first day. It was exciting and I was nervous.

SOL – When you joined GL cast did they say you how much time your character would have been in the soap?

AM – Yes. I signed a three year contract.

SOL – But if you had a three years contract, they should not have done like that!

AM – There was a clause that every 6 months they could release me from my contract. That was standard in the industry. My previous roles on As the World Turns and Another World all honored my three contracts. I wasn’t that lucky with GL

SOL – Your character was written out because of the current producers or the new producers who were coming?

AM – I don’t know the answer to that but I’m guessing that is true. When a new head producer comes in board, they can bring on new characters that they make extra bonuses on. If the show’s budget is over, they let go of characters. It’s easy to do that with characters that haven’t been around for long.

SOL – Do you have any particular memories you want to share?

AM – I remember going out for margarita’s on my last day on the show with a few of my cast mates. It was bittersweet! On my way to my parent’s house in New Jersey, I was not feeling the best (too many margaritas) and I was grateful when I got home and had a good cry with my mom who was always my biggest fan.

SOL – Are you in touch with someone from the cast?

AM – I was in touch for the first few months after I left but I lived in New Jersey and didn’t stay in touch with my cast mates since they all lived in NYC. I’ve noticed there is camaraderie when we are all working together but once your role ends, the connections seem to end too.

SOL – Was there competition among female actresses? And how about your relationship with the three other young female colleagues (Krista Tesreau, Kristi Ferrell, Kassie Wesley)?

AM – There was not a moment of competition within our cast mates. At least I never felt that. We were grateful for the work and loved working with each other. Having another wonderful actor to work off of was reward enough.

SOL – Have you ever watched Guiding Light after leaving the show?

AM – Of course, it was hard to end my second role as Christine Valere. I missed the acting, the friendships and the money. I kept watching hoping they would maybe mention my character and then I could hear that I was coming back. Alas, that never happened. My husband keeps suggesting I make a comeback, but my heart just isn’t into it.

SOL – What have you done after GL and what are you doing now? 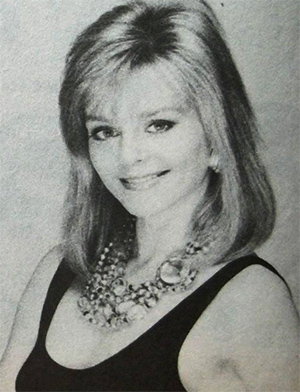 AM – That’s a good question. I appeared on several other Daytime dramas; As The World Turns, Another World, The Doctors, Ryan’s Hope and Days Of Our Lives. All for either 3 years or a more limited time. I made a few television movies, films, (studio and independent), radio voiceovers, modeling when I was a child, many commercials and my crowning glory, 2 Broadway shows; Happy Birthday Wanda June (title role) and Children, Children! with Gwen Verdon. Currently, I support my filmmaker friends and offer my talents whenever they offer me a part. My current passion is coaching women to get healthy through natural foods and herbs. I also coach them to bring an extra income stream to their family. It’s immensely fulfilling to make that kind of difference, especially during these difficult times. I’m passionate about showing people how to live a life of independence and joy.

SOL – Have you ever been to Italy or are you planning to come?

AM – Yes, my husband, Jay and I LOVE Italy. We travelledt here for our honeymoon (which ended up happening 10 years after we got married! We stayed in a dear friend’s Rome apartment right in the middle of the Ancient section, around the corner from the Pantheon. After a few blissful days, we rented a car and drove to Tuscany and visited some of the beautiful hill towns. Wonderful culture, such delicious food and great wine. We want to return and travel to the northern areas in the coming years. I think my past life I was an Etruscan!

SOL – One last question: You also were Christy Rogers in the 70s. What do you remember from that period?

AM – This was my first role on a Daytime drama. I was 10 years old. My audition for this part was an adventure. I lived in Somerset, New Jersey, about 45 minutes south of NYC. My mother always drove me to my auditions and we traveled the famous NJ Turnpike (we lived off exit 9). On the day of my audition, as we approached the Lincoln tunnel exit, the red light on my parent’s Chevrolet flashed the infamous red “overheating” light and we had to pull over to the side of the busy turnpike. Mind you, I was expected for a callback (second interview) for the role of Christie Rogers, Hope’s best friend. We didn’t think I would make it. But within 10 minutes, a lone, empty NYC Yellow Cab saw us at the side of the road and pulled over to see if we needed help. After a few minutes of conversation between my mom and the cabdriver, my mom gave me 20 dollars and my portfolio and the taxi driver was instructed to deliver me to my audition address in the city. I’m sure my mom was really nervous but those where kinder days and trusting a stranger was easier. I was scared to do this by myself, I’d only been acting for less than a year and never travelled alone. The cabdriver seemed like a classic NY cabbie. Somewhat bored with his job but always on the lookout for a fare… even in the middle of a busy turnpike. To me he occurred as a guardian angel and I am forever grateful. So I got into the cab and he took me straight away to the GL studios and I auditioned and got the role!  It was a thrill and I feel it was destiny.